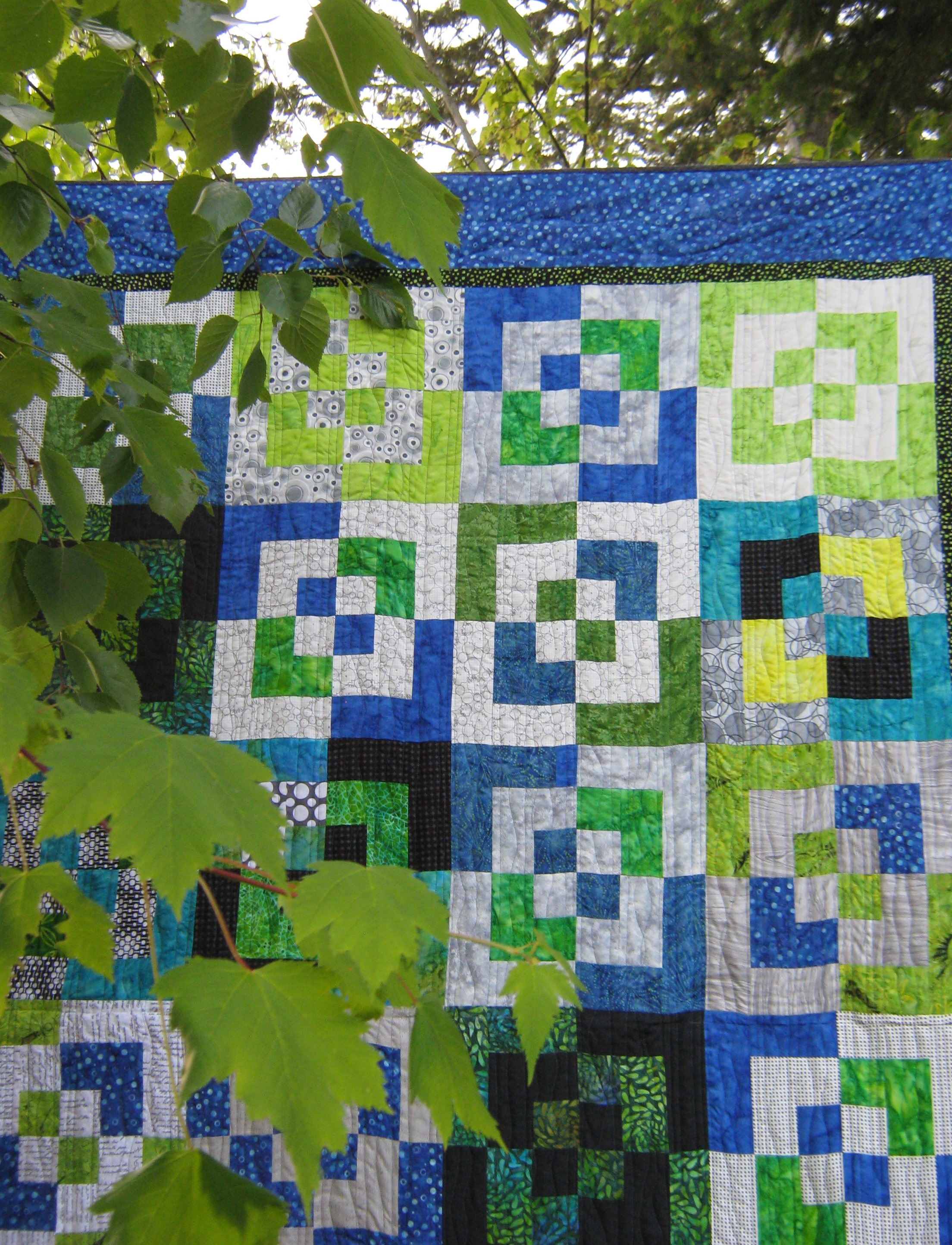 My youngest nephew is graduating from high school next month, which I think warrants a quilt from Auntie Nita, don’t you think? Someday I’d like to make a quilt for all my nephews. All thirteen of them (wipes brow).

For Ross, I chose the Bento Box pattern because it is modern and masculine. Now, let me tell you something about Ross. Unlike his Auntie, he is a big sports fan. He knows all about all the different teams and who plays what position and who coaches whom and who got traded where and why. All that stuff.

Football, mostly (I think), but other sports, too. The Seattle Sea-hawks in particular, thus the colour choice of blues and greens.

I have named this quilt The 12th Man, because when making this quilt, I learned that the 12th man is a term for the fan. Apparently in American football, only 11 players are allowed on the field at one time. The 12th team member is the fan. That would be Ross. 🙂

The quilt measures a generous 86 x 61 inches which should be just great for a young man. It was machine quilted in organic wavy lines. When I was quilting it, I imagined each line of wavy stitching was a quarterback carrying the ball down the field, dodging right and left, weaving in and out.

Many of the squares came from the We Bee Canadian Flickr group quilting bee that I belong to. Each quilter is assigned a month, and every month we make her the block of her choice. When it’s your turn, you get a pile of blocks in the mail…so much fun! For two rounds, I requested these bento box squares in blue & apple green batik. So the quilt was really a group effort, full of wishes for a bright future for Ross.

The year I turned 40 a friend did a spread for me.

Good morning! In my world, Sundays are for goofing

Do you ever need to take a break from your writing

Sometimes when I'm not able to disappear with my l